IT DOESN’T ADD UP. 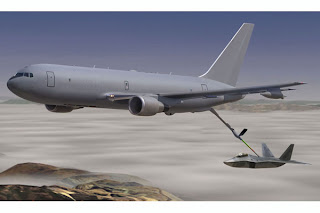 Boeing a sacado en varias publicaciones graficas de los Estados Unidos el siguiente texto que a continuacion reproducimos sobre la controversia sucitada por la eleccion del avion tanquero KC-45 por sobre el producto de Boeing. Realmente hacia años que no se veia una campaña tan dura en los medios por parte de la empresa, mas si tenemos en cuenta que es desicion tomada ya por parte del Pentagono.
Recently, Boeing filed a formal protest regarding selection by the U.S. Air Force of the Northrop Grumman/European Aeronautic Defence and Space Company KC-30 over the Boeing
KC-767 for its KC-X medium-sized tanker program. At the heart of Boeing’s protest are significant flaws in the application of evaluation criteria. As a result, instead of getting the more
capable, deployable, efficient and survivable KC-767 tanker, the warfighter and the taxpayer are being asked to accept a less capable, more costly and vulnerable tanker. It doesn’t add up.
Let’s look at the facts.
TOTAL MISSION CAPABILITY.
Boeing received the highest possible Mission Capability rating, meeting or exceeding
all Key Performance Parameters (KPP). Among other measurements, the Air Force identified positive “discriminators” as well as “weaknesses.” While the KC-30 had 30 discriminators and five weaknesses, the KC-767 had 98 discriminators and only one weakness. Furthermore, because of its more efficient size, the KC-767 is deployable to more airfields around the globe without the costly infrastructure upgrades the KC-30 would require. It doesn’t add up.
SURVIVABILITY.
There is no attribute more important than protecting our warfighters when they’re in harm’s way. To be survivable, tanker aircraft must contain systems to identify and mitigate threats and protect the crew in the event of attack.
Aircraft size is also a factor; the bigger the aircraft, the bigger the target, the more vulnerable it is. In this critical area, the Air Force found the KC-767 to have five times as many “Strengths” as the KC-30. Our warfighters deserve our best. It doesn’t add up.
AERIAL REFUELING CAPABILITY.
The requirements for aerial refueling identified six key thresholds and five key objectives. The KC-767 met all of these thresholds and objectives with key strengths including the ability to refuel the V-22, the ability to offload multiple fuel types on the same mission, a better refueling receptacle, and a superior Aerial Refueling Operator Station. By comparison, the KC-30 failed to meet three of the key objectives—and had multiple weaknesses associated with its
refueling boom. It doesn’t add up.
FUEL OFFLOAD CAPABILITY.
The KC-767 met or exceeded every requirement for offloading fuel. In fact, in November of 2007, the Air Force identified the KC-767’s “Fuel Offload vs. Range” as a “Strength.” Still, some have pointed to the KC-30’s larger fuel capacity as an advantage. However, historical data since the Vietnam War demonstrate that the average amount of fuel offloaded per mission is just 60,000 lbs.—only 25% of what the oversized KC-30 can carry. In other words, the taxpayer is paying for unused, excess capacity—capacity that brings with it excess weight and significantly
higher operating costs. Under real-world conditions based on real-world mission data, the KC-767 is far more fuel and cost efficient. It doesn’t add up.
AIRLIFT CAPABILITY.
As made clear in the Air Force Statement of Objectives for this competition, air refueling is the
primary mission of the KC-X tanker. The Secretary of the Air Forcereiterated this point unequivocally when he said, “We do not want to buy a cargo airplane that tanks, we also do not want to buy a passenger airplane that tanks. We want to buy a tanker.”
However, in addition to being the superior tanker, the KC-767 provides 69% greater Airlift
Efficiency than the tanker it’s meant to replace, a particular “Strength” as noted by the Air
Force in 2007. Furthermore, the floor of the KC-767 is a true cargo deck and much stronger
than the floor of the KC-30—so while the KC-30 has more cargo volume, the KC-767 can carry approximately the same cargo weight and transport it more efficiently. It doesn’t add up.
The bottom line is that the selection process for the KC-X was flawed by countless irregularities. Instead of giving the warfighter and the taxpayer the more capable, more deployable, more efficient and survivable KC-767 tanker, they get a less capable tanker that’s oversized for the mission and more costly to operate. It’s a decision that doesn’t add up.
And one that should not stand.
THE TANKER DECISION.
LESS CAPABLE,
MORE COSTLY.
IT DOESN’T ADD UP.
KC-767
www.boeing.com/tankerfacts
Publicado por Gustavo Lepez en 4/21/2008 09:03:00 a.m.