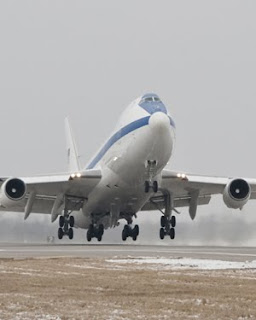 “The E-4B is the most advanced communications aircraft in the world and on alert 24/7,” said Steve Wade, general manager of Boeing Global Transport & Executive Systems (GTES). “When they’re called upon, it’s our job to ensure they are ready.”

The E-4B is a modified Boeing 747-200 that serves the U.S. president, secretary of defense, and chairman of the Joint Chiefs of Staff. The Air Force fleet of four E-4Bs is stationed at Offutt Air Force Base, Neb.