"The P-8A Weapons Tactics Trainer is a new innovation for Boeing," said Mark McGraw, Boeing vice president for Training Systems and Government Services. "Unlike previously delivered tactics trainers, it can be used to train multiple mission operators at the same time."

The WTT has five mission-crew workstations and five instructor-operator stations. It will be used to train mission crew members to operate the P-8A Poseidon maritime surveillance aircraft's sensor and communications systems, as well as to control and deploy its weapons.

The full-motion, full-visual OFT is derived from the commercial Next-Generation 737 full-flight simulator. It can be used as a stand-alone trainer or be paired with the WTT to comprise a full P-8A Weapons Systems Trainer.

"These trainers offer improved concurrency with the aircraft configuration," McGraw added. "This will help the Navy provide comprehensive instruction to its air and mission crews in preparation for operational capability in mid-2013."

By the end of 2013, Boeing will deliver seven more OFTs and four more WTTs (for a total of nine and six), plus two Part-Task Trainers and more than two dozen classrooms and attendant courseware, to the Navy's 165,000-square-foot training facility in Jacksonville. Boeing officially delivered the first of 13 low-rate initial production P-8A Poseidon aircraft to the U.S. Navy on March 4. The Navy plans to purchase 117 P-8A aircraft to replace its P-3 fleet. 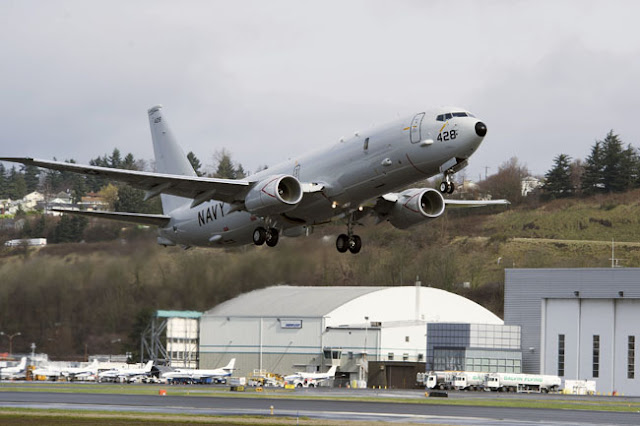